Or, to give its full title: The misadventures of Jeffrey Jetsam. Shouldn't that be flotsam? No, trust me on this one. In case you were wondering, flotsam is wreckage or cargo of a ship that is floating off. And jetsam is something that has been thrown off a ship, such as to lighten the load. 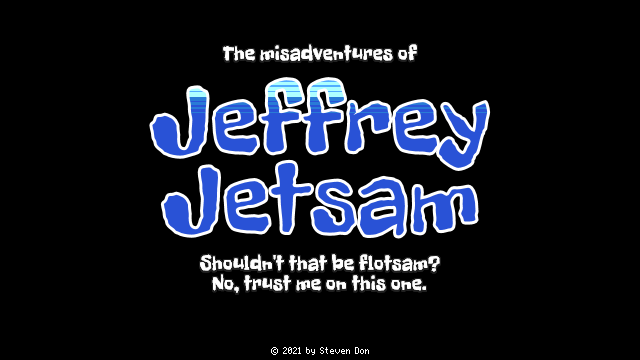 Jeffrey is the kind of person who tends to get on people's nerves. This is why, when he's finally taken that vacation across the Atlantic to go on a cruise in the Caribbean, Jeffrey's inability to know when to shut up meant that the annoyed fellow passengers had no qualms tossing him overboard. He's lucky there was no opportunity for such shenanigans during the plane ride. Now, Jeffrey is stuck on a tiny desert island and has to find a way off.. 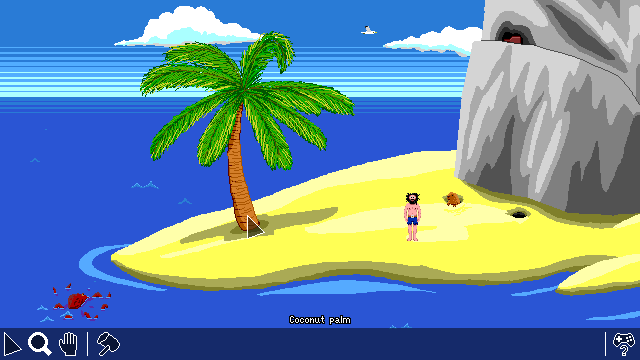 Jeffrey Jetsam is a short and simple point and click adventure game set on a small desert island. It was designed, written and created by Steven Don, features the voice talents of Paul Thomas Twitter IMDb as Jeffrey, and Jon Paul Sapsford as the narrator. Jon has also graciously composed a wonderful theme tune for the game.

Here's the intro sequence for the game, as a little teaser video: