Beyond or beside Google: Week 5 - Cuil

During the fifth week of my search experiment, I have used Cuil as my primary search engine. Cuil is apparently pronounced "cool", although, like with Teoma (pronounced "chawmuh") I really can't bring myself to say it that way – to me it looks French and I keep thinking "queel" in my head. Anyway, the odd name aside, Cuil was launched with great fanfare as a "Google killer". That is quite the bold ambition and if you want to beat Google at their own game, you had better bring some seriously innovative ideas to the table. Even more important than great ideas is a great, near flawless implementation of those ideas. This is where Cuil not just falls short, but fails miserably.

Cuil proudly states on the front page that they have indexed a whopping 127 billion pages. That is an seriously huge number of pages. With an index that large, there is bound to be an awful lot of cruft and it becomes even more essential to be able to filter all that out and retrieve only the pages that are relevant to the user's query. 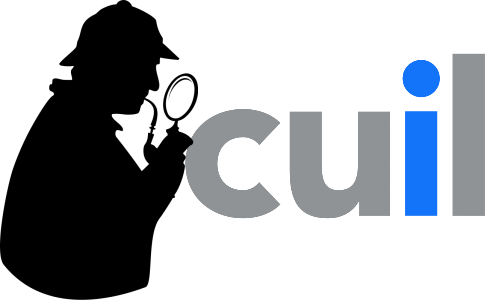 Cuil is very easy on the eyes. Aesthetics are highly subjective, so feel free to disagree, but I like the look of Cuil. It is clean and uncluttered, but still highly distinctive. The black background of the front page and in the header and footer of the SERPs is not seen on any other engine and I find it looks elegant and professional. When the engine detects related search topics, these are displayed as tabs in a nice and unobtrusive grey bar at the top of the page and category suggestions are in a column to the right of the search results. At launch, Cuil used a three-column layout and had an (often unrelated) image with almost every search result. I'm glad to say they've abandoned that practice and gone with a more conventional representation of the SERPs. As far as layout is concerned, I have only one gripe with Cuil's design, which is the placement of the page numbers in the footer. These are aligned to the right, whereas the rest of the page is aligned left. This means a lot of mouse movements, especially on a large widescreen. They really ought to move the page numbers to the left and the footer links, which are rarely used anyway, out of the way to the right.

Oh dear, where do I begin? The single most important thing on a search engine is getting the most relevant results. Cuil does this wonderfully... as long as you're willing to radically change your definition of "relevant". Cuil gives acceptable results maybe half the time, and the remainder is just plain awful. I was going to list numerous examples here, but there's just too many and I'd rather talk about what actually goes wrong with the results.

Cuil doesn't appear to support searching for quoted phrases. A search for "Windows 7" "not plugged in" when diagnosing a sound problem on Windows 7 doesn't actually match the phrase "not plugged in", but will match each of the individual words in that phrase. It is difficult to tell what it does with the "Windows 7" part of that query.

I was absolutely flabbergasted to find that typing OpenOffice or OpenOffice.org does not actually find the official OpenOffice.org website anywhere in the first 200 results. It gets worse... the top result is a link to openoffice.com, which is actually a cyberswatted domain.

On each result page, Cuil displays a Facebook connect option. It is easily closed, but I have serious doubts about how this would be an improvement over the search results, especially since few if any of my search queries have anything to do with these social networks:

Even if it did somehow magically improve the search results, I think it would be a privacy issue and I definitely don't want to try it.

There is also no support for the "site:" operator. One quick and dirty, but often very effective way to find Dutch language search results in most search engines is to add "site:nl" to the query. Cuil simply ignores this. I first noticed it while trying to find information on a company with a generic name, the Dutch hardware store Gamma. This doesn't happen just for top level domains, but also for more specific domains. You can forget about searching site:mozilla.org.

As I mentioned before, Cuil's index is gigantic and must contain a lot of cruft too. Not just pages that are less relevant, but also references to pages that no longer exist. These don't appear to be pruned from the index in a timely manner. When I searched for moz-border-radius, every single one of the first 7 results was a dead link. The eighth was the first useful one, but hardly one that I'd consider worthy of the top spot for the query.

Even when there is a relevant link being displayed, it can be wrong. One very strange thing I came across was in the search results for waar is de zon? (which is the title of a Dutch entry to the Eurovision song contest years ago). The Wikipedia entry for this was listed, which has the question mark in the URL, but not as a marker for the query string the way that character is normally used. The proper URL is "http://en.wikipedia.org/wiki/Waar_is_de_zon%3F", but Cuil instead linked to "http://en.wikipedia.org/wiki/Waar_is_de_zon?", which is invalid.

Cpedia. Enough said? Well, perhaps not. Cpedia is basically an algorithmically generated encyclopedia built from Cuil's index. It supposedly takes phrases and snippets found on the web and aggregates those into coherent articles. It is a disaster. Here's the entire second paragraph from the resulting "article" generated by my Cpedia search on Steve Jobs:

Deutschman quotes Elizabeth Holmes, a friend of Jobs from his time at Reed College, as saying she "believed that Steve became the lover of Joan Baez in large measure because Baez had been the lover of sought help Bob Dylan. "Resigning as chairman, Steve said he intended to leave the company and start a new venture to address the higher education market.

Say what? The first sentence is gramatically incorrect and the second sentence bears no relation to the first. These sentences may make sense in their original context, but definitely not here.

Cuil was formed by former Google employees, including several people were responsible for some of Google's core technology. I find it surprising to see how those ostensibly very bright people with such an impressive background can have done this so completely wrong.

I dreaded having to use Cuil for a week and I'm sorry to say that fear was justified. Although not all of Cuil's results are bad and even the other engines will occasionally give bad results, the percentage of bad results is at least an order of magnitude more on Cuil and that quite simply means that I find it not suitable for every day use. Since it also doesn't have any compelling features, I basically see no reason to ever use Cuil at all. A Google-killer, it is not.

I've recently started a blog, the information you provide on this site has helped me tremendously. Thank you for all of your time & work.