Beyond or beside Google: Week 4 - Yahoo!

In my search engine experiment, the last week of April was for Yahoo!. From the list, that is the oldest search engine I have ever used. It started out not so much as a search engine, but differentiated itself by being a directory, where links were organised into categories. Of course, the web has grown explosively and it is no longer feasible to keep everything organised this way, but Yahoo! has maintained its portal function and remains one fo the most visited sites on the web.

Much has been made of Microsoft's takeover bid and Jerry Yang's refusal to sell the search business to Microsoft. These parties have now reached an agreement where Microsoft will provide the underlying search algorithms for Yahoo's portal. It is unclear to me whether this has been implemented yet and if not, it will be interesting to see how this will affect the results. 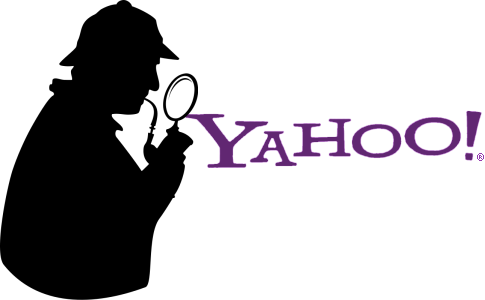 Although my search volume has been relatively low in this week, partly due to being buried in work, it must be said that I've not been disappointed by the quality of the search results on Yahoo!. In fact, I've not written down a single query where I got unsatisfactory or hugely irrelevant results. What I also like about the search results is the options in the left column, even though I rarely used them. The left column shows related searches or the ability to filter the search results by certain sites, such as Wikipedia or Facebook. The video and image search also work quite well, in my experiences.

Of the sites I am testing, Yahoo! is the only one that appears to be able to beat Google in the competition for having the most attractive and usable mobile version of their site. While not quite as austere as Google's page, I do find the slight bit of extra eye-candy to be quite pleasing. It is also suited very well for use on a touch enabled device, which is something that is often forgotten, with links being easily clickable without running too much risk of accidentally clicking on a neighbouring link.

Although Yahoo! has a search-only version of their page at search.yahoo.com, I actually find the main portal to be overly cluttered. It can be customised, but I've not taken the time. On a few occasions, I found one of the news articles there interesting and I clicked on it, but for the most part, I stuck to the dedicated search page.

Yahoo! have acquired the Babelfish translation system developed by AltaVista. While the translation works well, it isn't quite as accurate as Google's and it isn't very discoverable either. My main criticism of it is the limited selection of source and target languages.

Although I love the layout of the mobile site, there have been instances where part of the site (the actual search results) were missing, which is kind of unpleasant. A refresh usually solved the problem, but it never happened to me on any of the other sites, so I think it is kind of sloppy for such a major site.

Apart from the clutter, by far the most annoying thing about the interface to me is the dropdown list of suggestions. While it's not bad looking in and of itself, albeit a little dark, I've always found things that are heavily animated on websites to be annoying and jarring.

One thing I also found rather strange is that while Yahoo! has an interface to submit sitemaps for indexing, it simply doesn't work, claiming the "limit has been exceeded", which is odd for a first request. The feature is difficult to find, too, except through the Yahoo! Site Explorer, although I found that too cumbersome to really get into, so I gave up on it.

In all, I was pleasantly surprised by the experience at Yahoo! Although I'm no fan of the interface as such, search is handled quite well and it is no surprise that Yahoo! is still one of the major portals on the web.