Beyond or beside Google: Week 2 - Google

The previous week was the second in my search experiment. From the twelfth through the eighteenth of April, I have once again used Google as primary search engine. Now, the reason I switched away from Google for search was not because of the quality of Google's search result. Those are generally excellent and sufficiently unobtrusive most of the time that I don't even give it a second thought. Because of this, this post actually took quite a while to write. 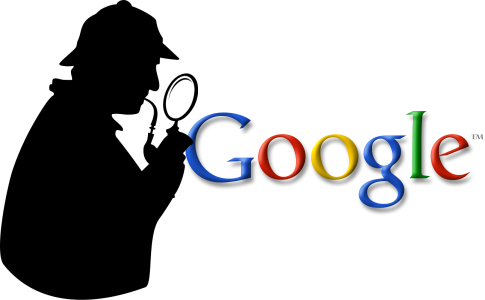 As pretty much the whole world knows, Google's interface is nice and clean. They still change it regularly, often in minor incremental steps, the most recent being the placement of the buttons so that they now exist on the suggestion drop list as well. Since the interface is so well-known, Google making a change to their homepage makes the whole internet take notice. I particularly remember when the tabs disappeared on Googles homepage.

Google's search results are almost without exception extremely numerous and they do an excellent job of sorting by relevance. It is rarely necessary to go more than 2 or 3 pages deep into the SERPs. Google indexes pages extremely quickly (I've noticed crawls of my own blog posts and them being visible in SERPs within 10 minutes of being posted) and this, coupled with their popularity based ranking algorithms, ensures that the linked pages are the most relevant and recent ones available. I am not sure whether it is a conscious decision or the natural result of those algorithms, but forums and Wikipedia and other user generated content seem to be favoured relatively heavily in the search results. Personally, I think this is mostly a good thing, as this often enables me to find a solution to a problem I'm having that somebody else has already experienced and solved. I have found this to be frequently more relevant and timely than official company knowledge bases and FAQs.

Google also do a terrific job of making their web search and many other products, such as GMail, YouTube and image search usable from mobile phones, which is important to me. This is obviously important for Google as well, as they are very much aware of the explosive growth of mobile internet use and they want to make sure that they're on the forefront of this development. This is of course also evidenced by their Android platform.

In addition to search, Google provide a staggering amount of services. They have developed or acquired products for almost every aspect of life on the internet, often free to use. I already mentioned the widely known YouTube, GMail and Google Maps, there's Google Docs, Analytics, Blogspot and Orkut, and the list doesn't end there. I could probably triple the size of this blog post just by listing them, but I won't. The added value of this is significant though, as it means that users can find almost anything they need at Google. Not only do they do all these things, they do most of these things extremely well, thus further cementing their firm leadership position as plainly the most important company on the web. It is quite interesting to see what features or products are being researched or developed in Google Labs.

Incidentally, I find Google Maps and the language tools to be some of the most useful things on the web beside search and they provide a service that complements regular web search nicely. So, for that matter, does the image search. as a web developer, I also find the Webmaster Tools a boon.

Although the search engine results are easily accessible and cleanly laid out, I cannot say the same for some of Google's other products. They aren't always easy to find though. Did you know Google has a tool to see how search statistics developed over time, Google Trends? I did, but it's not easily found without knowing it exists and then, ironically, searching for the name or trying out the different formats they use for their products. Google Analytics, for instance, can be found at http://www.google.com/analytics/, http://www.google.com/analytics, http://www.googleanalytics.com/ and http://analytics.google.com/. In the case of Analytics they all work, but this isn't so for all Google products. This is something Google is now aware of and will probably be improving in the near future. Kudos to them for making that report available, by the way.

If there is any criticism I have on the relevance of search results, it would be that they don't read the mind of the user. That's probably a good thing as it would be scary if they did, but there are times when you wish they could distinguish between different meanings of a term. Is "Tiger>" a large feline predator with stripes, a (nickname for a) famous golfer, an airline company, or a version of Mac OS X? Typing a simple term like that into Google will give results for each of these things, even on the very first page of results. This can be overcome by adding more search terms, i.e. "Tiger Woods", Tiger Apple, but that does require some extra thought and effort on the part of the user. This is more difficult, of course, when searching for the animal itself, where adding more terms will actually steer the direction of the search in unintended ways... Should I add "animal", "cat" or "predator" to it? I might miss out pages that don't mention these words but would be completely relevant to finding out more about this particular animal, or they may focus on a particular aspect of it. For certain subjects, like Linux or Microsoft technologies, they do actually have specialised search pages (Linux-specific search and Microsoft-related search), but these are not easily discoverable and I tend to simply forget they even exist and thus don't use them when they might be useful.

A final thing that I dislike about Google's search is the inability to search for terms that include non-alphanumeric characters. While they special-case certain phrases, such as "C++", it is impossible to do a search for the C++ overloadable array indexing operator operator[] or for the LIL- that was displayed on a Linux machine that failed to boot. I have previously asked Google about this and they have confirmed that this is by design. Even though there are other ways of finding those page, this can be quite an inconvenience.

As one of the most recent changes to their interface, Google made most of the non-search-related text invisible by default until a mouse movement. Personally, I did not actually find this an improvement, since it can be a little jarring and it hides the "Language tools" link by default, which is actually the thing I most commonly click on on the Google homepage. Yes, I know I should just set up a bookmark.

With Google being the most used and thus the most important search engine on the web, many people will try to profit off this success and they often attempt to do so in less than ethical ways. While Google is combatting this form of spam, occasionally something slips through the cracks. A vanity search (yeah, I did one, so sue me) for shdon brought up this result:

I have, of course, removed the real URL from that snippet, but it showed up in the very first page of the search results. I pay 15 bucks a year for this domain and certainly haven't sold it for 3000. I doubt I could... and I don't very much like seeing that in there.

One final thing of note, related to the mind reading, is that I seriously hate it when a computer pretends to know better than I do what I want to do. By all means, when I search for valkenberg park, go ahead and suggest valkenburg park instead, but don't change the query behind my back with the message:

Showing results for valkenburg park. Search instead for valkenberg park

I know what the name is of the park I walk through almost every day. Just because the other word may be more common in the US, (remember that I'm Dutch, even though I use google.com, not google.nl), that doesn't mean that the original word I typed is wrong, especially as it's a proper noun. This would be more forgiveable if there were no search results for the original query, but that is definitely not the case, so it is all the more annoying. The Dutch version of Google doesn't make this "correction", though I'm sure it does others.

It's no surprise that Google is doing so well as a company, and their reputation as the kings of search don't appear undeserved. Even the gripes I mentioned above are often only minor nits that I didn't ran into overly often. As expected, using Google as my primary search engine again went without a hitch and the experience was unremarkable. Being unremarkable is itself a remarkable thing, as it means that it "just works" that there was little if anything in the way of problems. Google set the standard by which others will be judged, and I don't foresee this changing any time soon.