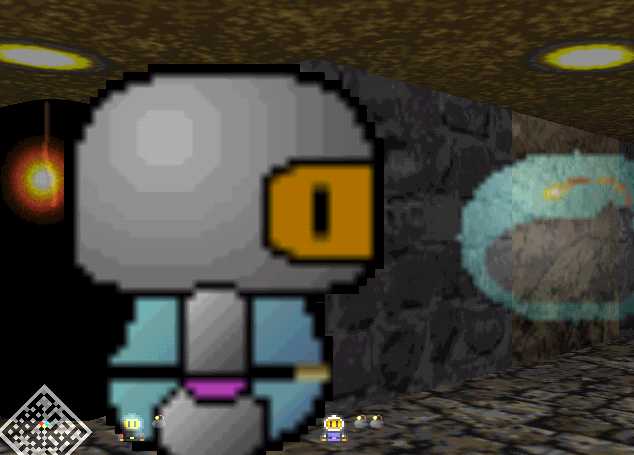 I have always been a fan of Hudsonsoft's Dyna Blasters and I thought it would be a cool idea if someone made a 3D version of it. Unfortunately that never happened. Sometime later, however, I learnt some basic 3D programming. My first project was to create that 3D version and this is the result. The original version was written for MS-DOS and a later version was written for 3dfx/Windows.

You can either play this game against the PC or against a fellow human player over modem or serial cable. I would seriously recommend playing against a friend, as the PC player is rubbish and offers little competition.

Note: If you get an error message stating that you need GLIDE2X.DLL, then you have downloaded 3Dfx Bomber, even though you haven't got a 3dfx card. You should download the DOS version instead.