A new year, a new Adventure Jam. Adventure Jam 2020 ran from 21 April to 5 May, during which the participants have to make an adventure game from scratch in 14 days. It was announced with very short notice, so there was almost no time to come up with a concept or do some design and planning ahead of the actual creation of the game. Unlike other years, this year there was a suggested (not mandatory) theme. Although the immediate themes didn't inspire me, they were all related to the pandemic that's going on, so I decided I would poke fun at that, specifically at the hoarding of toilet paper in my entry "Spy Quest 2 - Operation: BOGROLL". 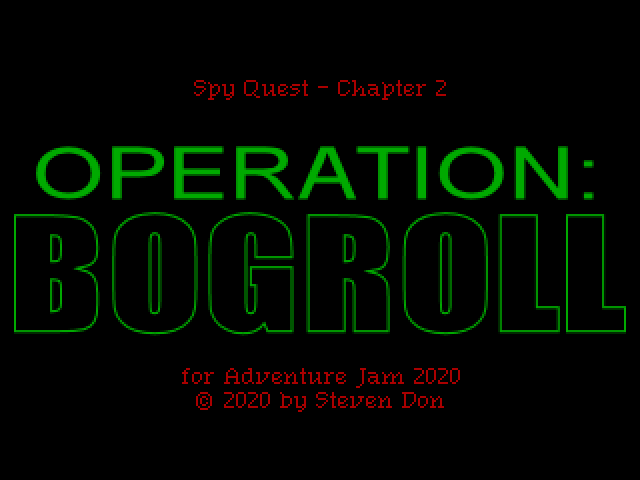 Like in the previous game in the series, you play as Agent N of the HCA (Highly Clandestine Agency) and this time, you have been assigned the crucial task of ensuring a steady supply of toilet paper despite all the hoarding during the global norovirus pandemic of 2020 (NOVID-20). Something smells bad about this whole situation! 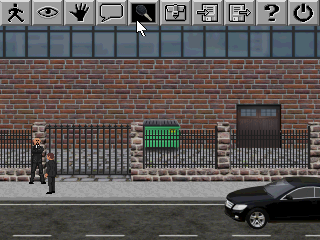 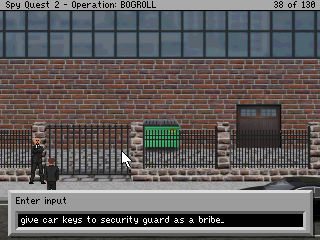 You don't need to choose which style you prefer, as both interfaces are always active. Just point and click to your heart's desire (the icon bar is hidden at the top of the screen), or simply start typing. The game can be completed fully whichever method of interaction you use or with any mixture of both.

There are few extra hints in the parser responses to alert you to things that would only be visible in the dialogue selection box when using point and click, just so that parser users aren't at a disadvantage. Some fully optional actions can only be performed with the parser, but yield some hopefully humourous responses from the game.

Like last year's Escape from DIMANSION I was able to integrate some voice acting from the lovely artists who volunteered their talents for the jam. A big thank you goes out to Jason Cryer, Durinde, Erika Sanderson, Natalie Winter, Paul Thomas, and my friend Dirk M. Weger for helping to bring the characters to life.

A special thank you goes out to Al Lowe for being a good sport and providing material to an easter egg in the game. Visit allowe.com or follow @AlLowe on Twitter.

Go ahead and check out Operation: BOGROLL on this site, or the Game Jolt page for it. And if you're an adventure fan, be sure to try the other entries, too. When I have finished playing all the games in the jam, I'll definitely write another blog post with a list of the ones I enjoyed the most.