It's been years since I've reviewed a point and click adventure game, but the official release of Inspector Waffles on several platforms, including on Steam and on GOG today warrants one. I've been following the game over the past 3 years or so and was extremely happy to have the opportunity to help out by beta testing as well as contributing some pixel art. So what is this game about? 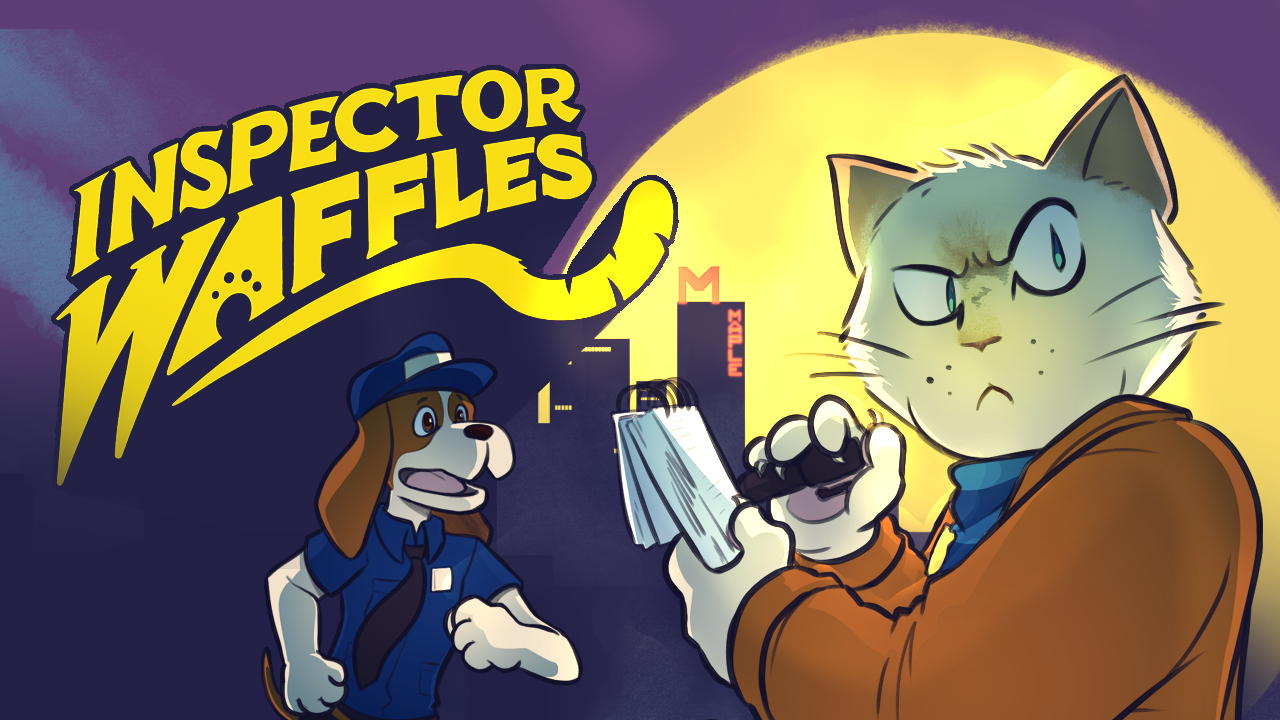 When wealthy industrialist Fluffy, the famous CEO of a box empire, goes out the window and doesn't land on his paws, something fishy must be going on. Cat Town's best man... er... cat... for the job, the brilliant detective Inspector Waffles is on the case. Waffles is a cat with a past that might just come back to haunt him as he matches wits with childhood bullies, shrewd antiques store owners and devious supermarket cashiers, while also breaking in an overenthusiastic new partner who seems to put a lot of faith in "sniffing".

The game takes place over 5 chapters against colourful pixel art backdrops with some lusciously hand-drawn cutscenes at various key points during the game. Personally, I love the style of both the pixel art and the paintings and the quality is consistently good throughout the game, also helped by the atmospheric music and good sound effects. The characters have a lot of personality. Waffles is a cynical street smart protagonist and his partner Spotty the dog is simply adorable in his enthusiasm. Police chief Patches and geeky Pixel the technician are among several other characters who also get fleshed out quite a bit more than is common for supporting characters in stories like these. All in all, the story goes surprisingly deep with some intriguing twists, quite a few of which I did not see coming (or at least not very far in advance) but which all made sense given the facts of the case. The puns and other humour are genuinely funny and made me literally laugh out loud at times.

The observant player will find plenty of references to other adventure games or pop culture, past and present. There are even guest appearances by characters from other indie adventures Lord Winklebottom Investigates, Chicken Police - Paint it RED! and Backbone. The early 2020s certainly seem to be bringing us plenty of anthropomorphic animal mystery solvers! 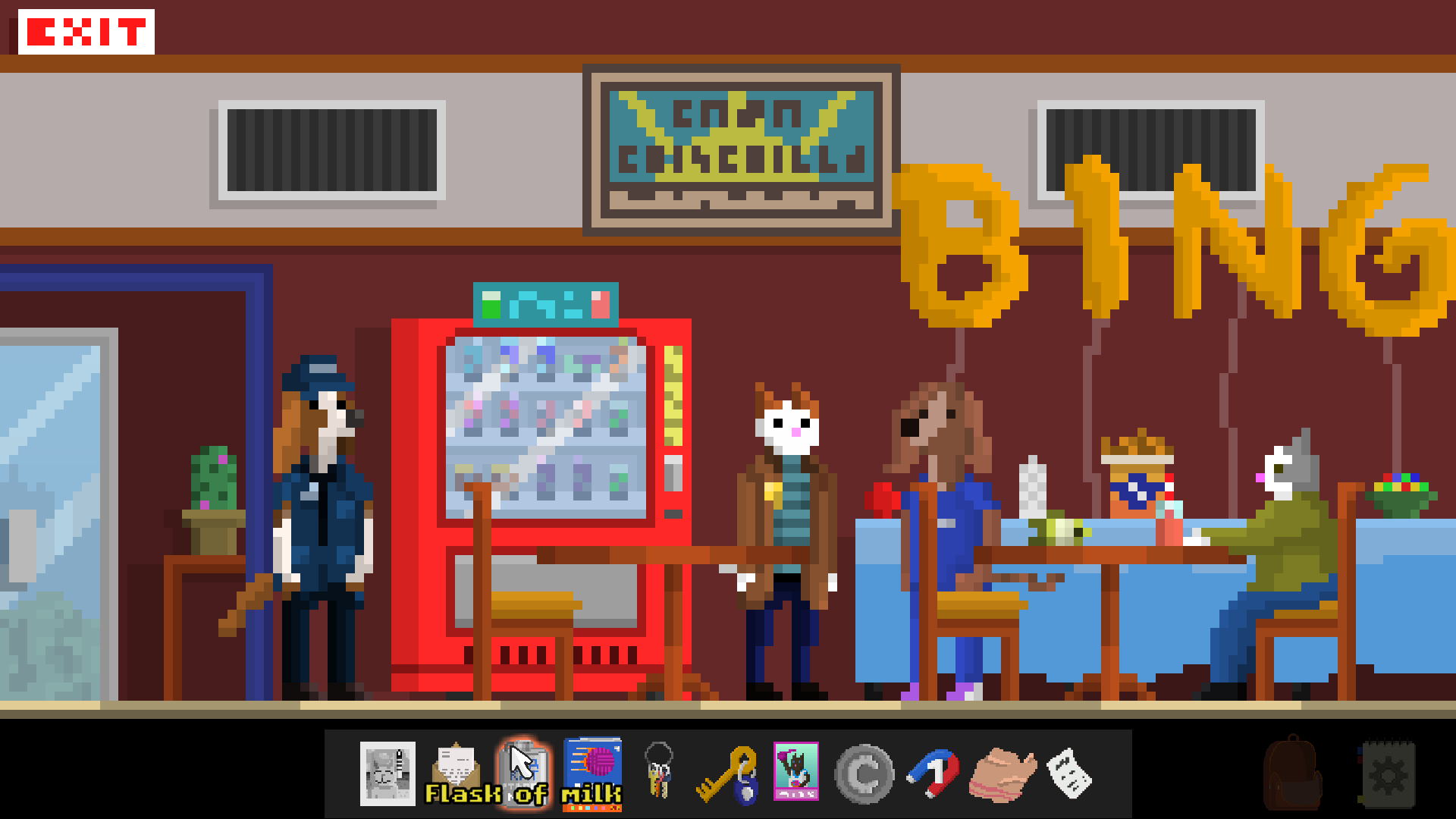 Investigating each scene thoroughly, you shouldn't need to do a lot of backtracking, even if you will end up repeating some conversations because of the way the dialogue system is structured. Even if you do miss something, you can always go back and pick up that vital clue or essential object. Some non-essential parts may be missed, but there are no dead ends in the game. Interrogating characters, presenting them with clues you've found and getting new information from them in response is your primary way to advance through the game, along with the inventory based puzzles that are the staple of point and click adventure games. The puzzles are not overly hard, but pretty sensible with no moon logic and I expect a good 5-6 hours of solid entertainment on a blind playthrough for most players.

Apart from the main case, there's even a sort of side quest involving collecting trading cards that will not only get you an achievement, but also unlocks a special reward at the end. Since these are optional, they can be missed and some of them are pretty hard to find or obtain, which does add an incentive to play through the game more than once, to ensure you find them all. In fact, I certainly hope you will do so as the collectible cards have been drawn by guest artists and yours truly has drawn card #8.

Having followed the game for so long, I was not disappointed in how the game has turned out and I can wholeheartedly recommend Inspector Waffles. Two thumbs up from me! At a mere €12 or $13, it's a steal. Get it from Steam or GOG.

Now I feel bad that 8 was the only card I did not manage to find..

Don't feel too bad about not finding it. It is quite well hidden! One hint I can give is to look up.