A cute new point and click adventure game was released through Steam last week. This particular adventure game is a bit different from most modern ones in that there is no speech, only about a dozen screens, and you play not as a person, but as a... film projector... walking around magically? This is Projector Face, by Fluik Entertainment. 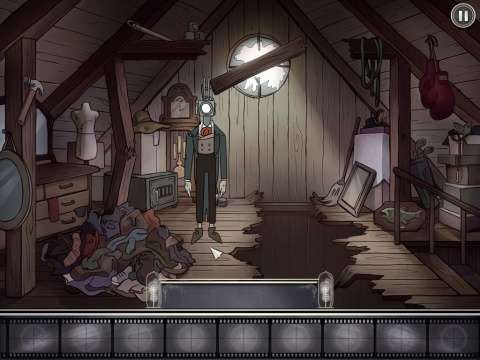 The protagonist of Projector Face is a lonely film projector which somehow manages to emerge from a pile of clothes with a seemingly human body. Yeah, don't ask me how that works either. The projector is unable to speak, so he has to communicate in the only way available to him: showing movies. Armed only with good intentions, Projector Face sets out to find a friend. This proves to be a bit harder than you'd imagine, not helped by the films he finds along the way. The theme of the silent movie is carried throughout the game, as both a plot point as well as the interface. Apart from simple yet nicely atmospheric music, the game is otherwise mute. Narration is done through the familiar silent film text cards. 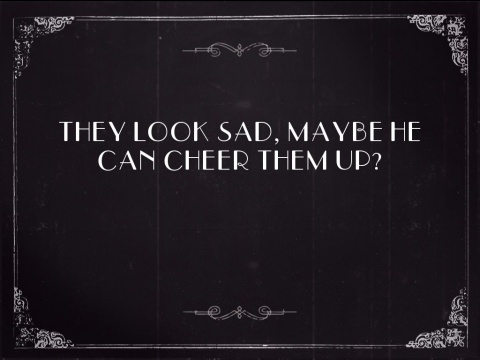 Having just 10 locations (and one close-up screen), the game can hardly be considered to be of an epic scale. Fluik have managed to make the most out of the limited size of the game world by making very clever use of the screens. Despite having only a handful of screens, your progress through the game is gated, with some areas only opening up as you complete certain tasks. What makes Projector Face unusual compared to many point and click adventures is how often you have to revisit the earlier screens in ways that still make sense. Several inventory items can be used multiple times and the game also allows you to use different objects to solve certain puzzles when it makes sense. 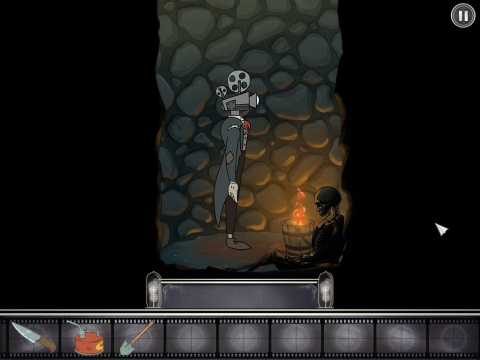 The locations, while few, are wonderfully drawn. The game world is very bleak as well as charming at the same time. You will see children playing, but you will also see the scene of an accident where the crashed car has been left to rust. Through the actions you take as a player, you will clean up the world slightly, which I interpreted as symbolic of the projector's good intentions, though I might be reading too much into that. While the animation is basic and not the most fluid, it does have character. A minor change to the main character's animation near the end of the game really does convey the appropriate emotions. 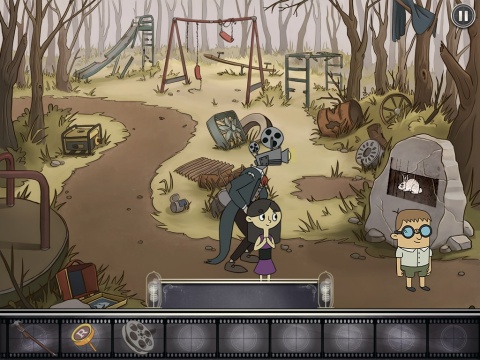 One final thing I'd like to mention is that the videos the projector displays made me laugh out loud (literally out loud, which is very uncommon for game jokes as they usually only make me smile, at best) and with the third movie I found it quite funny to get some foreshadowing of what the twist would be from the last frame visible during the assembly. Designer Chris Cooke, who also made the movies, really does have a nicely warped sense of humour. 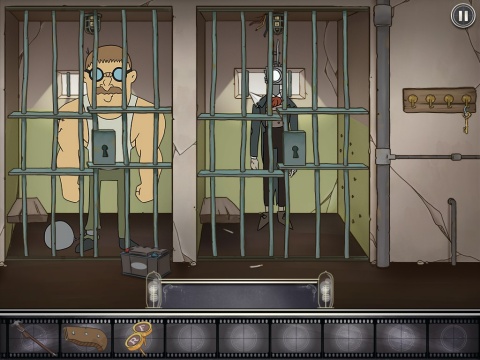 There is no moon logic in Projector Face and all the puzzles are perfectly logical, which is a good thing as the game will not have you frustrated. This is a short game and even a beginner should be able to finish the game in about an hour. You'd be forgiven for thinking it's not worth the price of €4.99/$4.99 for Projector Face through Steam, but you'd be wrong – the amount of time and effort that goes into making these is staggering and a movie ticket costs more while not having you nearly as entertained. Still, I wished the story had been a little longer. The quirkiness and charm of this game lead me to rate it 9 out of 10.