It's been less than two days since horrific terrorist attacks took place in the heart of Paris. Just a day before that, IS also killed 40 people in Beirut in a particularly vicious attack. The entire world is in an uproar about Paris. Few people care about Beirut. How come? Why do the events in France overshadow those in Lebanon? 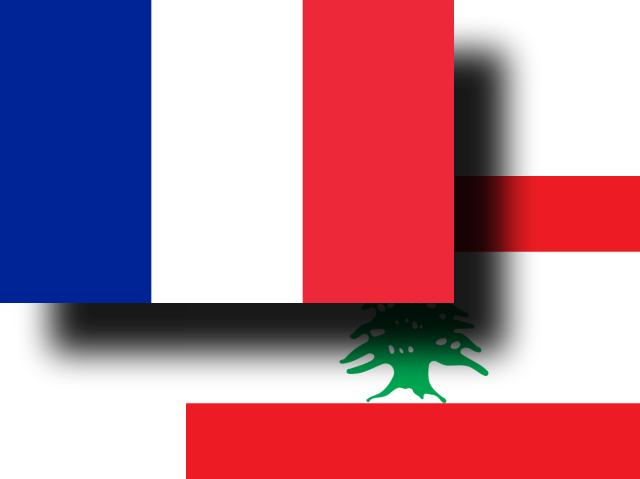 It was a former co-worker who shared that opinion piece on the Daily Vox through Facebook, which prompted me to write this post. As she shared it, her Facebook profile picture was one of many with the French flag superimposed over it. I wrote my response while my profile picture was the simple, poignant drawing by Jean Jullien of the Eiffel tower as a peace symbol. She and I obviously both care about what happened in Paris. We both are aware of what happened in Beirut. Rationally and objectively speaking, both situations are equally terrible, with only the number of casualties to distinguish between them. And yet... I realise I am not nearly as deeply affected by what happened in Beirut as I was by what happened in Paris. I am a little ashamed to admit it, but it is true.

Why is that? It is in no way true that the Lebanese are somehow "lesser people" than the French. Racism (at least to me personally) does not play a part in this. So if that's not it, what is it? I think it is mainly an issue of proximity and cultural connections. I have been to France, never to Lebanon. France is a part of the EU, as am I, as a Dutchman. Who doesn't know about the famous locations in Paris such as the Eiffel tower, the Arc de Triomphe, the Louvre, the Notre Dame or the Centre Pompidou? We all know who the president of France is and we can name several of his predecessors. Does anybody know who the head of state of Lebanon is, or who their predecessors were? We know famous cities like Paris, Marselle, Bordeaux, Calais, Nice etc. If somebody is aware that Beirut is the capital of Lebanon, does he know any other places in the country? Something like "Tripoli? The name rings a bell... is that in Lebanon?" is more what I'd expect. In our minds, Paris is the "city of love" and a symbol of western civilisation whereas Lebanon, we consider to hardly be civilised at all.

Then there is the fact of the matter that the Middle East has been so volatile for decades, at least, that we hardly notice when another attack takes place. If this were to happen in France on a weekly basis, we'd probably grow numb to that, too. Think back to the IRA bombings in Britain, for a case in point.

Some people seem to take offence at there being more attention for Paris than for other bad things that are happening around us (such as Beirut, but also the discrimination of black students at the University of Missouri #Mizzou -- the hatred these students display towards the victims in Paris is truly disgusting). This is completely ridiculous. People only have a limited capacity to comprehend what is happening the world around them, a limited amount of attention to divide, a limited amount of sadness and sorrow before breaking down under those. This does not diminish the importance of all those other things, but it just isn't possible for everything to always receive the attention it deserves. This is a sad, but true, limitation of the human condition.

I've also heard voices, from the region that is hit hardest by IS, that the rest of the world doesn't care about them and therefore the Paris attacks don't matter. That is a misguided idea, especially where it concerns the French. France is among the most active countries trying to combat IS and even before the attacks they were ramping it up (as evidenced by the decision to send the Charles de Gaulle aircraft carrier to the area). Additionally, no other European country besides France has had as many of its citizens leave to fight for IS in Syria. These are disillusioned, radicalised youths. That alone made the probability of attacks like these in France bigger than in any other European country. I don't think it is fair to criticise France for not doing enough. Direct that criticism at other countries (European or otherwise), including my home country of the Netherlands.

When president Hollande announced he was closing the borders (which was later qualified as being "merely" stricter border checks) I saw many Dutch people advocate doing the same here. Apart from being an economic disaster, utterly impossible in practice as well as completely ineffective, we seem to forget that these refugees are running from the exact same thing that has us scared. These are people who see their families being murdered and their cities bombed. They live in fear of their very lives because of a group of barbaric religious zealots. These people have made the, in my opinion near impossible, decision to leave everything behind they have ever known. They see themselves forced to leave behind their home and their loved ones. Not knowing whether they'll ever see them again. They run to a place where they think they might have some safety, and perhaps a future. Many, or probably most of them, likely hoping to be able to one day return. And what do we do? We put them in refugee camps, keep them waiting for months, hold them responsible for the very acts of terror that they have tried to get away from, call them profiteers for asking, nay begging, to be treated humanely while they are in this terrible situation. And we treat them like dirt, looking at them like they're animals, thinking they are scum who come here to rape our children on force sharia law on us.

There may be a slight silver lining, if you can speak of that in this dreadful context, in that the world is so shocked by what happened in Paris. France seems all the more determined to eradicate IS. The rest of the world have pledged to support France. When other countries, including the Netherlands, get more involved (and I personally am very much in favour of that) this kind of thing will happen again. A terrorist attack in Amsterdam? I don't think it is impossible, especially when we too decide to get behind the good cause. Maybe, with a price that has been paid for in blood with, so far, the lives of some 200 French people and who knows how many other innocent civilians, a better future may be bought. Not just for the French, but also and especially for those who now suffer under the atrocities of IS cruelty. I just hope we can solve this problem without having to stoop to the same barbaric levels.