Today is a day of national mourning in The Netherlands. The remains of the victims of Malaysia Airlines Flight 17 (MH17) will start arriving at Eindhoven airport today. It will take weeks to take care of the entire mess that this situation has brought, but I trust my country will do everything it can to ensure that it is handled respectfully and all 298 victims' remains will be brought home. My thoughts and prayers are with the people who are left behind by the victims. I cannot imagine what they have endured over the past week. 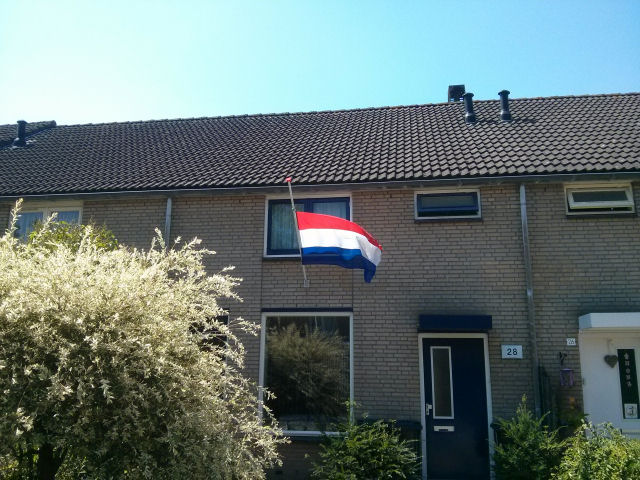 Honestly, this is a tragedy. Those people did not deserve to die. We don't yet know who is reponsible, but I do believe they should be brought to justice and it should be a fair trial. It doesn't really matter who built the missile that downed this plane and I think it would be foolish to hold Russia accountable for that, just as it would be to hold the US accountable for it if it had been an American missile. What matters is who fired it. It is quite likely that this is the nasty result of a political and military conflict that is bad enough in and of itself. Odd as it may sound, I would be ok with a fair trial concluding that this was an accident or "collateral damage" (I hate that term). What I am not ok with, and most Dutch people seem to agree, is that these victims as well as the people who lost their loved ones are being disrespected in the recovery of the bodies and in mourning respectively.

Our minister of foreign affairs gave this speech before the UN a few days ago:

I'm glad the first people are coming home today and we can start bringing a little bit of closure to the loved ones they left behind. It is also heart-warming to see ordinary people laying flowers at the Dutch (and Malaysian) embassies in Kiev and Moscow. As much as I hope the perpetrators are brought to justice, I also hope this won't be used as an excuse for further military and political conflict.