Apparently, today, the Russian Foreign Ministry published a report on its website about human rights in the European Union, calling the EU's system "ineffective and flawed" and this 153 page document also devotes 9 pages to my home country of The Netherlands. Although 2013 was a year in which we supposedly celebrated 400 years of diplomatic relations between the Dutch and Russian peoples, that celebration had more than a few hiccups along the way. The timing of this report is convenient, as Russia is under a deluge of criticism about its human rights situation, particularly its recent anti-gay laws. With much of this criticism being directed towards Russia's hosting of the 2014 Winter Olympics in Sochi, there is no doubt that this report being published now is not a coincidence. How should we react? 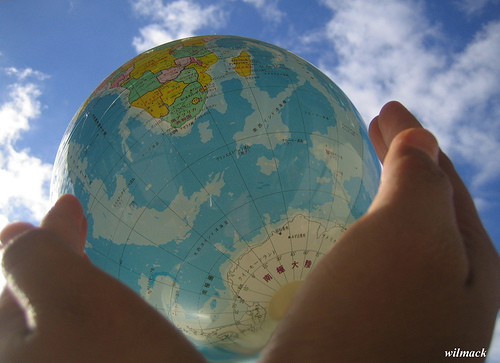 It is easy to dismiss the report as politically motivated, out of spite or simply the pot calling the kettle black. But that would be hypocritical. The kettle is black! While it is fortunate that the situation in the EU in general and The Netherlands in particular is not quite as dire as it is in the US and other such countries, that doesn't mean it's perfect and cannot be improved. Also, by no means does this mean we should let up on Russia. Instead, we should take this as an opportunity to take the very valid concerns the Russians have raised and show them that we take such criticism seriously. Most importantly, we can use reports such as these to actually improve society and make things better. When we manage that, we can use that very improvement to pressure the Russians to improve their own situation. After all, if we can do it, why can't they?

According to the Dutch news article, there are several major criticisms the Russians have directed at the Dutch. Most of these mention the Dutch authorities' tendency to detain people far too easily or for much too long a time and in situations where those people are particularly (emotionally) vulnerable, using it as a tactic for punishment and intimidation. Such things are appalling. Detaining people is sometimes needed, but the law should protect people from government abuse of power and if it doesn't, the law must be changed. The Dutch government should take a long, hard look at its practices and fix them.

A second point of contention is discrimination of (ethnic) minorities living in this country and the treatment of asylum seekers. In this case, the onus is not just on the government, but also on us, the Dutch people. The Dutch have long prided themselves on living in a multi-cultural and tolerant society. While this is still true to some degree, quite a few aspects of that tolerance have evaporated. The reactions to allegations of racism about the role of Zwarte Piet in Dutch Sinterklaas celebrations in 2013 made this painfully obvious. While it is my opinion that the allegations themselves are absurd and without merit (though I don't want to deny that the subject will be sensitive to many), being "threatened" in this way definitely brought out racism in many otherwise upstanding people. The law does not discriminate, but we as a people still do. There is, in fact, a growing mistrust of immigrants, which contributes directly to the success of extremist people like Geert Wilders. We accuse Putin of bullying gay people (and rightly so), but is it really any better when our own society is such that my aunt, who was born a Dutch citizen and lived here her entire life is still, in 2014, being watched suspiciously by security personnel when she's shopping in a department store, simply because she happens to be black? We may have left slavery behind us a long time ago and gay people have the same rights as straight people, including marriage, but remnants of discrimination still remain and are getting stronger. We've come far, but we're not there yet. Let's try to ensure we continue to take steps in the right direction.

And the last major points are mass collection of sensitive and private data and large scale wiretapping by the police and intelligence services. Honestly I'd be very surprised if the Russians don't do this themselves, especially with a former KGB operative like Vladimir Putin at the helm. Edward Snowden's revelations have lead to a worldwide rise distrust and even hatred of the US and the NSA in particular. That is wholly justified and deserved, though we should not be kidding ourselves into thinking that our own government won't or doesn't do the same if given half a chance. This invasion of people's privacy and violation of (online) rights is something that I'm always campaigning against and my major reason for supporting the Dutch pirate party. Again, we as a people should be taking steps to ensure that the law protects us and does not grant unlimited power to the government. That's what democracy is for.

This has been quite the rant, but my takeaway is simply that we shouldn't be so quick to judge the Russians without acknowledging that we ourselves also have quite a bit of room for improvement. And if we don't strive to improve in our own protection of human rights or even if we continually fail to improve, aren't we just as bad as we accuse the Russians of being?