The movie industry must really hate its customers

I quite enjoy a good movie, so I frequently visit the cinema. Very often, I also buy the DVD for the movies that I liked in the movie theater, as well as season boxed sets of episodes of TV-series. Even though downloading such material is technically legal in this country (as long as you don't upload or otherwise share it), I prefer to own the real thing. With more than a thousand DVDs bought, you'd think the studios would love me. Unfortunately, they don't. They treat their loyal customers like thieves. I'm talking about DRM, of course, and how it makes life difficult only for the honest users without impeding pirates in any significant way. 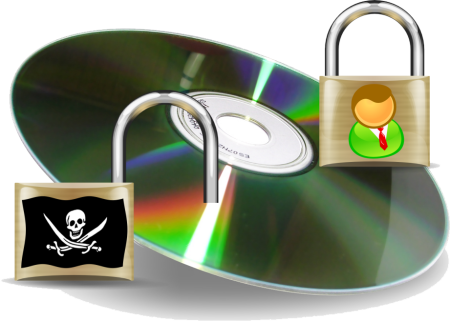 Of course, the people who made the movie that I so enjoy watching should be compensated for their work. While piracy deprives those people of their income and I certainly don't condone it, I find myself sympathising with those pirates more and more often. Why? Have you tried taking an original DVD, popping it into your DVD player, then actually starting a movie? How long did that take?

If the region of the DVD doesn't match that of your player, you won't be able to play it at all, due to some misguided attempt at market control by the studios. Assuming it does work, the most likely thing you'll see is actually some clip warning you about the "dangers" of pirated movies. On the most recent DVDs I have bought, this clip lasts roughly a minute, is completely full of FUD (basically a load of crap, that is patently false, designed to scare the user). It is annoying to watch even once. What's worse is that in many cases, it is unskippable. And then you have to watch that drivel every single time you want to watch that DVD. A DVD that you've bought! You're being treated like a criminal, with the DVD publishers assuming that you will be pirating their DVD and they're forcing you to watch that nonsense. At least with VHS video tapes, it was possible to fast-forward through them. On most DVDs, that functionality is explicitly disabled. Whatever moron thought that up needs to be dragged into the streets and shot.

Of course, any pirated movie will not have this clip and the equally annoying FBI warning or logos of such much-maligned organisations as BREIN in the Netherlands, BAF in Belgium etc. These organisations exist to protect the rights of artists. That is fine by me, but what isn't is that they do this by bugging the customers who actually do pay for the content. We're the ones paying extra for their stuff to be included on the DVD and I have a very hard time believing any of that money truly ends up in the hands of the artists who created the content. It probably ends up in the pockets of the organisation itself, so they can continue on their crusade to champion the cause of the artists.

The laughably simple CSS encryption and region encoding were cracked very quickly by hackers who enjoy such challenges, keeping them mildly entertained for perhaps 5 minutes. The protection these schemes provide is therefore basically non-existent. Any of the myriad of freely downloadable or store-bought programs capable of ripping a DVD simply eliminates them from the ripped copy, likely without even mentioning them. Ripping a DVD is not illegal. You have a right to make a backup copy of the content you have bought, but that is precisely the thing that is made more difficult or at least inconvenient. The only people who are impacted by this are once again the honest customers. Those who really want to pirate the content are not going to be deterred by this. After all, they only need do that once and then the whole world can download the results through BitTorrent or other such networks without limitation.

Those of us who actually buy the original media are the ones who have to put up with all that crap. In this day of broadband internet, it is quicker to download a movie than it is to go to a store and buy it. The downloaded movie doesn't have any of the restrictions of the original and can be freely backed up and watched on your home DVD/DivX/BluRay player, Media Center, PC, iPod or what have you. My suggestion to the studios is as follows: give up on this DRM crap (even Apple has done so) and stop screwing over the customers who actually provide your revenue. Make having a legitimate copy provide a significant advantage over the pirated download by including worthwhile bonus materials, nice packaging. Possibly even *gasp* lower the price! Get rid of the stuff that makes watching the originals an annoyance and if you're stupid enough to insist on including it, at least let it be skipped. No legitimate user actually gives a damn about that message anyway and will only want to strangle you. I guarantee that is a more effective strategy to sell more original media.