About 2 years ago, one of the VOGONS regulars, going by the name of `Moe` (including those backticks) created a configuration GUI to allow many of DOSBox's internal configuration parameters to be edited at runtime and posted a thread in one of the VOGONS forums (access to this forum is limited to beta testers). This GUI was active in some of the CVS versions after 0.72 was released. Although this was promising, `Moe` disappeared a few weeks later, and the project was abandoned.

Recently another VOGONS regular, "Dominus", posted in this thread inquiring to the status of this GUI. The GUI had been disabled in the current codebase due to some (crashing) bugs. I took it upon myself to investigate these crashes. After tinkering with the code for a while, I've decided to "adopt" this feature and hopefully give something of value back to my favourite open source project.

I've now posted the results to the appropriate VOGONS forum. Changes over `Moe`'s original version include: 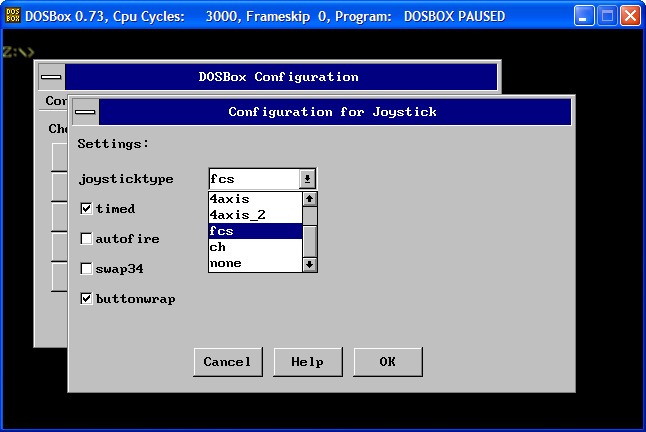 Please note that I cannot allow you to download this build from my site, because doing so would require releasing the corresponding source code as well to comply with DOSBox's GPL license. I'd rather not do that at this time, so you'll have to make do with the screenshot above. When the project matures, I'll include a build with these blog posts.